Greasy sunscreen-soaked skin, Pivo galore, the BN Bunker… You guessed it, we returned to the annual Firestone Walker Invitational Beer Fest in Paso Robles, CA on June 4th! The Brewing Network was lucky enough to be invited back to one of the most coveted beer fests in the world. This year we had Justin, Moscow, Push, Kim, and Tasty brave the heat and reap the rewards of some of the best & freshest beer in the world!

Our (mis)adventure began on Friday the 3rd heading from the Bay Area to Paso in the glorious BN Bunker. And hey, no fires this time around! The festivities begin at a local water park which FW rents out for the day for breweries and this is pretty much where our crew begins the Pivo binging and networking. Of note, it was 103 degrees and though our souls may have melted, the killer beer meant our enthusiasm did not. Friday night consisted of a BBQ dinner for the Brewer’s Reception where we caught up with some industry friends like Joyce from Mammoth Brewing. Now, now we get into the havoc wreaked by The Rare Barrel from their bottle share party cohosted with Societe Brewing in the Brewer’s Campground. Every Rare Barrel beer you can think of PLUS three Societe tapped beers PLUS 90’s boy band music. As you can imagine, this is why hangovers are aplenty Saturday morning even before the fest begins.

Saturday morning arrives. Day of the fest. Almost go-time. Those in the Brewer’s Campground are provided a hearty breakfast burrito (thank you lord) and espresso. Yes. Really. Firestone Walker provides espresso and breakfast burritos. We know, you want to be FW when you grow up. We all want to be that cool. And now it’s really got-time…

The fest starts at 11:00am for the VIP hour and the beers start flowing. From the first minute of pouring, Side Project and Garage Project have lines. These insanely long lines continue all day for these two breweries, never letting up. To say these two breweries’ beers were in demand would be a colossal understatement. One of the popular Garage Project (from New Zealand) beers pouring was their Cherry Bomb, an Imperial Porter with cocoa nibs and tart cherries which was poured into two parts: the beer and then the foam! Yup, foam poured separately. A couple of the other unique beers tried was Creature Comfort’s Tritonia which was a Gose with cucumber and lime and Sun King’s Back Home Again which was a Witbier fermented in second generation bourbon barrels. As per instructions from FW, breweries pouring are to bring a session beer and something extra special.

During the festival, we hosted and recorded two panels for our Behind the Beer Sessions. The first was our Newbies panel which consisted of breweries who this was their first year attending the Invitational and included Societe Brewing, Half Acre Beer Co., and Creature Comforts Brewing Company. Our second panel was discussing mergers and acquisitions and our brewery guests were Firestone Walker, Founder’s, and Cigar City. If you have not done so already, check out our recorded video sessions from these panels! As we speak to our panel guests, we also get to sample their beers which is provided to the audience, too. We always enjoy hosting these Behind the Beer Sessions and constantly learn something new from our speakers. We are very fortunate to take part in the Invitational and thank our lucky stars we get to meet so many cool people through these panel discussions.

We want to thank Firestone Walker for hosting such an incredible festival that just keeps getting better and better each year. Your events’ staff and everyone involved is killing it! Thanks for having and putting up with us! 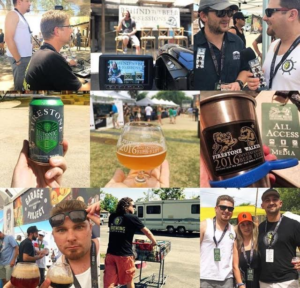 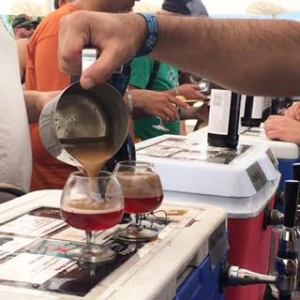 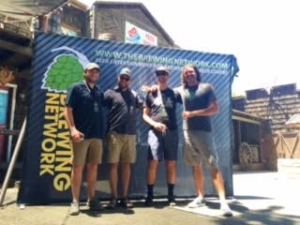 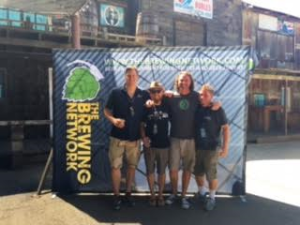